Conservatory of Flowers and the Bay Area Garden Railway

The Conservatory of Flowers in Golden Gate Park has a special exhibit right now set up by the Bay Area Garden Railways society. It’s a model train layout of famous San Francisco landmarks, and all of the buildings are made out of recycled materials, like computer floppy disks, old milk crates, bottles, circuit boards, cereal boxes, and light fixtures. Here are some photographs that I took of the layout, and of some of the flowers in the Conservatory. 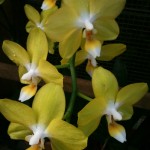 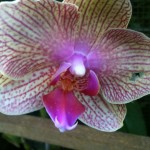 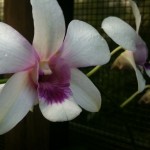 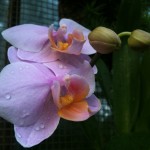 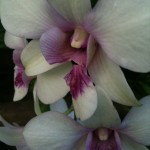 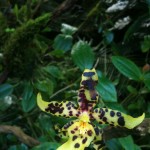 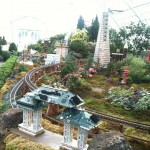 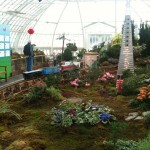 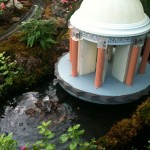 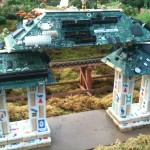 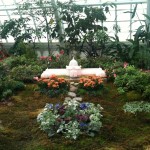 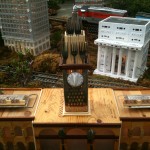 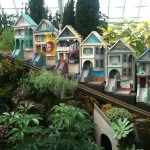 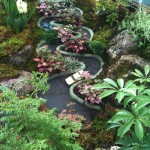 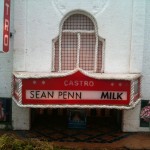 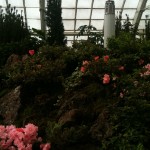 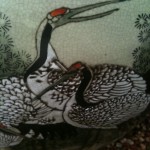 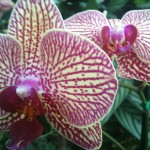 How wretched you are, Writing!
Page upon page will never endure,
But ten lines can last forever.
A verse on a scrap can wrench hearts and minds
While gold trimmed volumes might warp only shelves.
A poor sculptor’s work is forever a thing
An ugly tchotchke on a loved one’s mantle.
But a writer’s failure has no grip on the world.
Where can I find the purity to write for Eternity?
Or must I find the courage to face sure obscurity?

Love The Nook, But It Needs…

I got a Barnes and Noble Nook for Christmas.

I’m not sure I need to review it more in-depth than, “I love it.”

I did just have some ideas for how it could be better, and I wanted to put them down on here.

Instead of using an on-screen d-pad on the touchscreen to move a cursor around the e-paper screen to select text for highlighting and dictionary lookups, use the touch screen to show the page above in scrollable, 3-line chunks, and use iPhone-esque gestures to highlight words or chunks of text.

A mode where Airplane mode (which pretty much needs to be on all the time except when you’re specifically looking to shop the store or download content so that your battery can be conserved) goes on and off by default when it’s needed. I guess that this would be more like an option that says, “Don’t ever automatically check for new content and updates.” They could make it so you could change content-check intervals, and that might also help with battery life without having to actually shut down all of the radios (wifi and cell) on the thing.

Predictive text input. This one isn’t super-critical, as if you’re used to the iPhone’s keyboard the Nook keyboard is a breeze, but it would be nice.

The ability for advanced users to remap what the buttons on the device do. I understand that this might be something that they’d be cautious of allowing, as the page turn buttons are very clearly labeled for their precise purpose and it would be very confusing to someone new to the Nook to pick up their friend’s and have the buttons be configured backwards, for instance, but I think that advanced users should be able to customize things like this. Just hide it deep, deep within the options menus. 🙂

In general, the Nook needs to use the touchscreen for more than just menus. They can display whatever they want down there, so why not use it? There are certain situations where the philosophy of using the touchscreen as a menu to control the much slower e-paper screen just makes no sense compared to the idea of just directly interfacing the user with the text on the touch screen.

Nook could use some community oriented features to help set it apart. How about letting me automatically tweet and update my facebook when I buy a new book or when I finish a book? This goes along with Shelfari integration, I think. Make something like Last.FM but for books.

The thing that I think makes the Barnes and Noble Nook stand out from the rest of the e-reader crowd is that everything that I just said is completely within the realm of possibility. The Nook is the first e-reader that CAN be modified in fundamental ways, because their interface is in no way set in stone. When you have physical buttons, your options are limited. When you have a touch screen, the world is your oyster.

And that’s why the Nook is awesome.

by cwknight in Fun, Observation

One Christmas morning, my father attempted to describe Santa as Solid Snake.

This is that story.

“Dad, does Santa really go house to house delivering toys?”
“He does indeed; why just last night this Christmas Eve, I heard him.”
“What? No!”
“Yeah, I was sitting here watching TV after you’d gone to bed, and I thought I heard jingling coming from the roof, like bells on a reindeer. I turned off the TV, and the sound stopped. I unmuted it, and the sound returned! I turned it off and on one more time and then I was sure of it! I heard a jingling, but only when the TV was on! It was Santa, trying to use the sound of the TV to muffle the sounds of him infiltrating our household!”

by cwknight in Essays, Observation, Philosophy

This morning, I woke up terrified.

I had had a bad dream, one of those vivid ones that so impresses itself upon your mind that they are impossible to forget. Usually, for me, they have to do with some sort of tragedy that affects and injures me directly; I become paralyzed, people in my family are tortured and killed, or other such personal tribulations.

Last night, however, I had a nightmare of philosophy, of an abstract idea, and it chilled me to the bone.

It might seem at first blush that my dream was more similar to nightmares of personal pain, for I dreamt that a friend of mine from high school had died in a freak car accident. And while it is true that this concept scared and saddened me, what I found more affecting, and what my brain decided to focus on as I slept, was the idea that with her death, the world had lost an artistic genius.

I was forced by my dream to reflect upon the idea that I had directly experienced and been touched by the sort of person whose talent and work are truly exceptional. I had seen and talked and hugged and laughed and argued with a person whose ability is so great and yet seems so natural that it can make others certain of the existence of god, for it seems inconceivable to some that a person could have been the driving force behind what they had done.

Just as I felt honored and excited by the idea that I had been exposed to someone so rare and so precious, my brain brought me crashing back into pain and sorrow by reminding me that genius is just as fragile, if not more so, than the mediocre.

I woke up wishing that I didn’t have to live in a world where those who are of greater mind than I can perish, where with a single accident or poor choice the world loses not only a life that is precious in and of itself, but also a cornucopia of potential works of genius.

My brain showed me the nightmare image of a body, and every potential work of genius that it could create, being consumed by flame.

It’s an idea that will haunt me to my last.

Ever have one of those days where you just remember? Where you’re just sitting quietly and suddenly a great memory just pops into your head? That happened to me today.

I remembered my Mom and I taking a road trip to LA together to help her friend move. We spent a long weekend together, just the two of us, and I really enjoyed spending time with her. I remember how we went to dinner at Downtown Disney, just for fun, and they wouldn’t let us ride our Segways, which we’d ridden from our hotel a couple of miles away, in the shopping area. We pushed them to the restaurant.

I remember enjoying the meal and talking about how hot it was at her friend’s house and how her cats were cute and how I was excited for my senior year of high school. I remember how we admitted to each other how we both hated LA, and then she took a sip of her wine and I looked out the window at the Disney crowds.

What I don’t remember is ever thinking that I might one day remember that moment and cry.

I don’t think anyone ever thinks that.

THE GREAT MAGICIANS OF THE 20th CENTURY!

by cwknight in Fiction, Fun

In addition to his popular appearances as the Daily Show’s resident expert and his long-running stint playing the REVILED and DISGUSTING PC in the adverts for those GLORIOUS and MAGNIFICENT Apple computers, John Hodgman (referred to henceforth by his stage name, “The Master of Hidden Knowledge, Hodgman”) has also received some notoriety for being America’s preeminent fake trivia and esoteric list compiler. In his books, The Areas of My Expertise, and More Information Than You Require, he presents a mind-expanding journey through fabricated facts and figures, supplemented with long and laboriously crafted lists of 700 hobo names (featured in Areas) and 700 mole-man names (featured in More). It was his work in the fields of mole-men and boxcar-riding drifter monikers that spurred me to research and compile this list of THE GREAT MAGICIANS OF THE 20TH CENTURY!

Please keep in mind that this list is a work in progress; look for a supplement here in the future.
And so, without further ado, I present

THE GREAT MAGICIANS OF THE 20th CENTURY!

END_OF_DOCUMENT_TOKEN_TO_BE_REPLACED

by cwknight in Fun, Observation

We’ve had a little bit of a cold snap here in Seattle over the past week. I was lucky to have decided to bring my camera with me to work on one of the coldest days. I was able to get these great pictures before I started work. My favorite of these three is the one of the bear statue; it looks like the bear had been cryogenically frozen!

Click the pics to see them in full size. 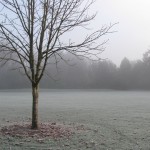 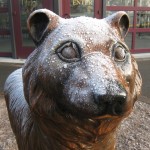 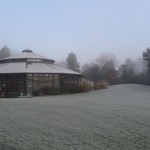 Ray Bradbury Would Be Proud

Ray Bradbury might hate the Internet because it distracts people from libraries, but I’m sure that even he would be hard pressed to find anything but comedic value in some of the gems that the ladies over at Awful Library Books find. Look at some of these things. 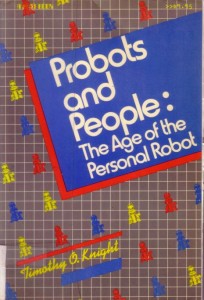 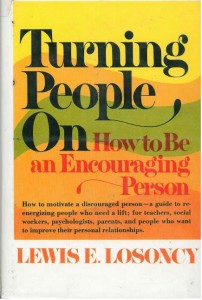 I imagine that this one is checked out accidentally a lot. Getting a list of the people who check it out would probably be entertaining.

Anyway, you should check out Awful Library Books for more bibliophile hilarity.

My favorite blog, Mental_Floss, posted today about an interesting web-project proposed and organized by Constructive Grumpiness called The3six5 Project. Every day in the year 2010, a different writer will post a short journal entry documenting something interesting that happened to them on their day.

Needless to say, I’m enthralled. I can’t wait to see what sorts of perspectives and experiences get posted!

I sent them an email volunteering to write for one of the days. I know that I’m nearly completely unknown (except for my awesome Twitter followers. By the way guys, I love you!), but I hope that I’m accepted, just so I can say that I had a small part in this enormous and exciting adventure!

We’ll see where the journey takes us!

« Previous
Next »
Go to Top